Tourists coming to Uttarakhand can consider travelling through the picturesque Kumaon region to make the most of their vacations. A Binsar trek gives you the chance to walk through mesmerising realms, and get a taste of the native culture. It begins at Binsar Wildlife Sanctuary, which harbours rich animal and plant life. Located at an average elevation of 7913 feet above sea level, it was established to conserve the shrinking forests of oak. Besides oak, the protected territory also contains thick jungles of pine and deodar trees, which provide home to numerous species of animals. Some of the main animals that you may see here are leopards, ghorals, musk deer, jungle cats and barking deer.

Your trek will take you along picturesque mountain brooks, and lush pines and cedars. It will also give you an opportunity to camp in the forests amidst peaceful realms, and wake up to bewitching sunrises over snowy mountain peaks. Though the sanctuary is accessible throughout the year, the best time to come here is between October and March. The weather at that time is mostly clear with regular snowfall, making the place drape a resplendent white attire of snow. While undertaking the Binsar trek in Uttarakhand, you will pass by numerous Kumaoni villages, where you may interact with the locals to learn about their unique culture.

Adding a pious dimension to your already amazing expedition, Binsar trekking takes you to the famous temples of Jageshwar. The complex has over 100 large and small temples of stone, most of which housed idols of Lord Shiva in the past. Jageshwar is said to house one of the 12 Jyotirlingas, or pillars of light, according to various Hindu scriptures. As per mythological legends, once Lord Vishnu and Lord Brahma engaged in a disagreement on who the superior deity was. To solve the dispute, Lord Shiva appeared as a bright light, and the two arguing deities were required to find its source. The 12 places where the light was seen became revered with the passage of time. When these temples were constructed is still a matter of debate, but according to the Archaeological Survey of India (ASI), they were built between the 9th and 18th centuries.

What this excursion lets you do is allow you to walk through the mountains to reach these shrines, and not travel on roads. In this way, you can see the beauty of the region in the best possible way, and smell the wonderful scent of deodar and pine trees. All along the hike, through Binsar Wildlife Sanctuary and towards Jageshwar, you will see numerous streams, where you may sit, relax and also get refreshed.

Day 01: Kathgodam to Binsar National Park | Trek to Jwalabanj
On reaching Kathgodam, meet a tour representative and travel towards Binsar Wildlife Sanctuary by road. Throughout the roughly 4-hour drive, you will get beautiful views of thickly forested mountains and small streams.
Upon arrival in Binsar Wildlife Sanctuary, start your Binsar trek to reach Sapteshwar Mahadev temple. Follow the path that turns right from the sanctuary, and will get you to the temple. This trek goes through the village of Deora, and about 1.5 hours after starting the hike, you reach the shrine. There is a small tea shop by a pretty stream in the area, where you may stop and rejuvenate yourself after offering reverence at the temple.
Post enjoying a refreshing beverage, retrace the path to the point from where you turned right to reach the shrine. From here, recommence your Binsar trek Uttarakhand and walk towards the north. After a few minutes, divert left and take the trail heading in the northwest direction. The path will open up into a picturesque valley, from where there are two paths to choose from to hike deeper into the region.
There is an irrigation channel, which diverts the water of the stream, flowing through the valley to villages and farms. You can walk on the cemented walls of the irrigation channel, if you do not fear heights. The other option is trekking all the way down to the floor of the valley, and keep walking in the northwest direction. After a while, you will reach the same stream, and here you have the liberty of crossing it via a cement and concrete bridge.
From the bridge, the trail ascends gradually for roughly an hour, and then the land becomes relatively flatter. All this while you will continue hiking towards the northwest, meandering through thick and pristine forests of towering trees. Further, you will start descending till you reach a gurgling mountain river. You will wind through the Himalayan mountains, and small hamlets will be visible on the right side along the track.
After trekking through the mountains for approximately half-an-hour, you will reach a small hut made of mud and bricks. This will be the only building in the area, and here you may have a cup of coffee or tea before continuing your excursion.
Recommence your wonderful Binsar trekking, post enjoying your tea break.
Follow the path heading in the northeast direction that will climb through beautiful forests of oak trees and rhododendron bushes. While on the path, you will be greeted by amazing sights of snow-covered mountains on your right.
After hiking for 2 to 3 hours, the trail will again turn to the east. Turn your head to the north-west, lift up your eyes and look at the hill top. You will see little white houses of Jwalabanj village, glittering with the effect of the bright sunlight. A gradual descent will get you to the village, where you will camp for the night.

Day 02: Jwalabanj to Jageshwar | Jageshwar to Kathgodam
Wake up before sunrise and head to the rock garden nearby. On reaching here, look in the northeast direction to catch breathtaking views of the mountains of Central Himalayas. See the peak of Mount Neelkanth, which is in the Garhwal region of Uttarakhand, and that of Mount Nampa, which lies in Nepal. For a 360 degree view of the Himalayas, trek to the top of the hill behind the guesthouse if you have time and energy for it.
Depending on your mountaineering expertise, the hike can take anywhere from 30 minutes to an hour, so consider this when you plan the rest of your day.
From the rock garden, begin the next phase of your Binsar trek, which will take you to Jageshwar. The path through the mountains is full of enormous boulders, which make excellent picnic and photography spots. After a while, the trail meets a motorable road, and it descends gently and continuously till it reaches the shrines.
Take a diversion from the road, and start walking again on a narrow trail through the forested slopes. The path will take you through and past hordes of traditional Kumaoni villages and small settlements. As you enter the scenic and tranquil forests of deodar trees, you will realise that the temples of Jageshwar are nearby. After trekking for sometime, you will finally reach the holy place. Explore the complex, admire the fine stone craftsmanship and relax amidst its serene environs.
Post breathing in the clean and fresh air of the region, drive to the town of Kathgodam. The drive will take you through the popular hill station of Nainital.
On reaching Kathgodam, transfer to the railway station to board your train to New Delhi. 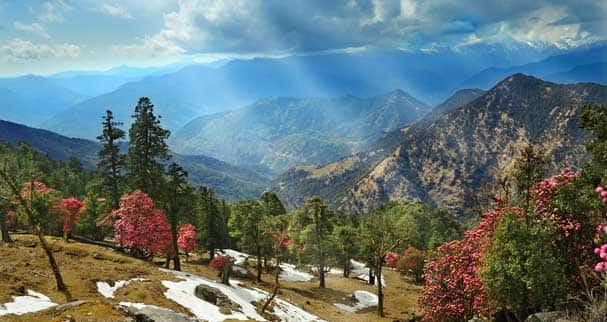 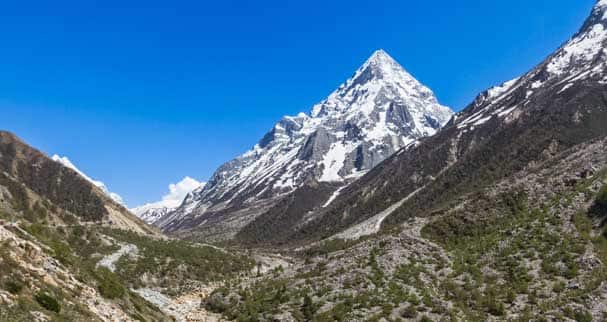 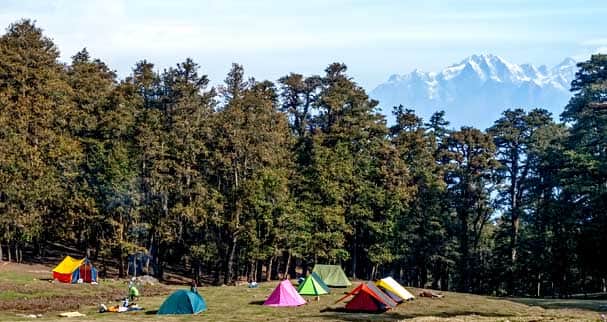 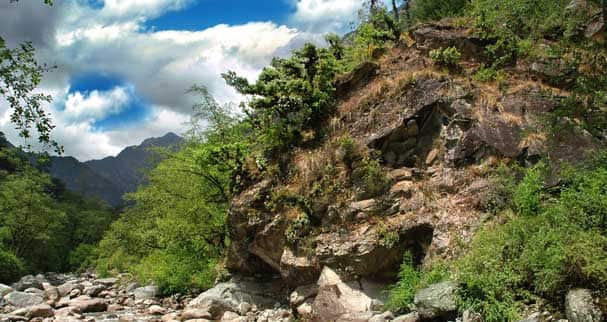 1). GST @ 5.0%
2). Air/Train fare
3). Anything not mentioned under the head inclusions.
4). Cost incidental to any change in the itinerary / stay on account of flight cancellation due to bad weather, ill health, road blocks and / or any factors beyond control.
5). Mules during the transit
6). Mules to carry personal luggage

Be the first to share your experience with us. Send your feedback at product@adventurenation.com